“If we can encourage a few new beekeepers, bring pollination back to communities, and give people the opportunity to enjoy their very own honey – well, that’s a great day!”
– Marianne Gee, Gees Bees

We at JustChange are abuzz over our latest grantees, Marianne and Matt Gee of Gees Bees Honey Company! Matt and Marianne will be partnering with the Ottawa Food Bank to set up a beehive next spring, which will increase pollination in the community and will produce honey for the benefit of the Food Bank.

Matt and Marianne became beekeepers by chance seven years ago, when they discovered a colony of bees living in their home. They knew nothing about bees at the time, but weren’t comfortable when it seemed like the only option external companies were offering was to kill the bees. Knowing that declining bee populations are a serious environmental concern (beekeepers in North America saw about a 40% decline in the bee population in the past two years), the Gees moved the bees themselves, and began caring for the colony on their property.

As they learned more about beekeeping and its environmental benefits, the Gees decided to reach out to others, offering bee removal services for homeowners looking for a sustainable option. In 2015 alone, Marianne and Matt were able to “rescue” about 15 bee colonies, bringing them to their rural property where they could continue to pollinate. They also offer a beehive rental service which gives businesses, restaurants, and homeowners the opportunity to have their very own local honey and help Ontario’s declining bee population, while the Gees take care of everything.

As their Host a Hive program grew, Matt and Marianne realized their environmentally-friendly work could also do social good in the Ottawa area. They reached out to the Ottawa Food Bank, which operates a community garden in Goulbourn, to see whether they’d be interested in hosting a hive. They see the partnership as having two major benefits to the community: the bees would increase pollination and all the honey harvested from the hive would benefit the Food Bank.
The $1,000 grant the Gees will receive from JustChange will cover the costs of installing and maintaining a beehive for the Ottawa Food Bank for the 2016 season.

To find out more, come celebrate our latest grantees at our October JustDrinks event! – October 15, 2015 at the Atomic Rooster (303 Bank St.). You can also connect with Gees Bees on Facebook and Twitter @GeesBeesHoney. 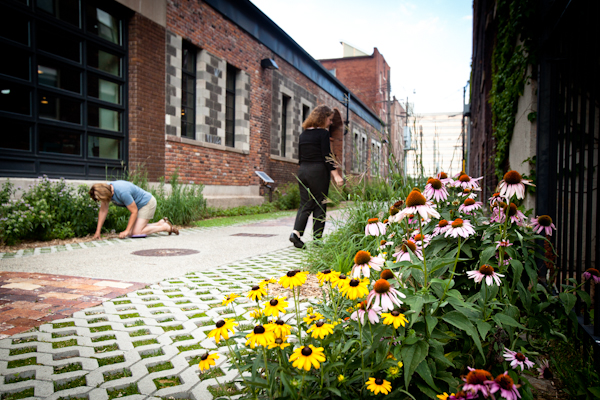 Have you ever noticed that concrete jungle in your neighbourhood? We all have them. We walk by them on the way to work and on the way to the grocery store. They’re ugly, generally feel unsafe and we naturally avoid them at all costs. More and more urban designers, working with community members, have been capitalizing on these spaces to turn them into social hubs. Effectively turning this… It’s not surprising that an organization of community-minded people came up with the idea to turn their underutilized alleyway into a “green alley”. This will transform an asphalt-paved extension of the parking lot into a car-free, environmentally friendly fully accessible pathway and social place for their McArthur Avenue neighbourhood.  The plan calls for enhanced stormwater drainage features — through the inclusion of native plants, herb and flower gardens and permeable surfaces – and upgraded security lighting. By converting this alley into a green alley Heartwood House will create a safe, inviting and ecologically responsible community space.

The stormwater drainage features are particularly important in Ottawa because of our well-known problems with sewage and stormwater runoff that pollute our waterways. The Heartwood House project is a great example of how we can reduce the burden on our water infrastructure and ecosystems through the inclusion of permeable surfaces and greenspace while at the same time creating community assets.

JustChange would like to invite you to come learn more about this great idea and Heartwood House at JustDrinks on August 5th at Slice & Co. (399 Elgin Street) between 6:00 – 8:00 p.m.  – RSVP. 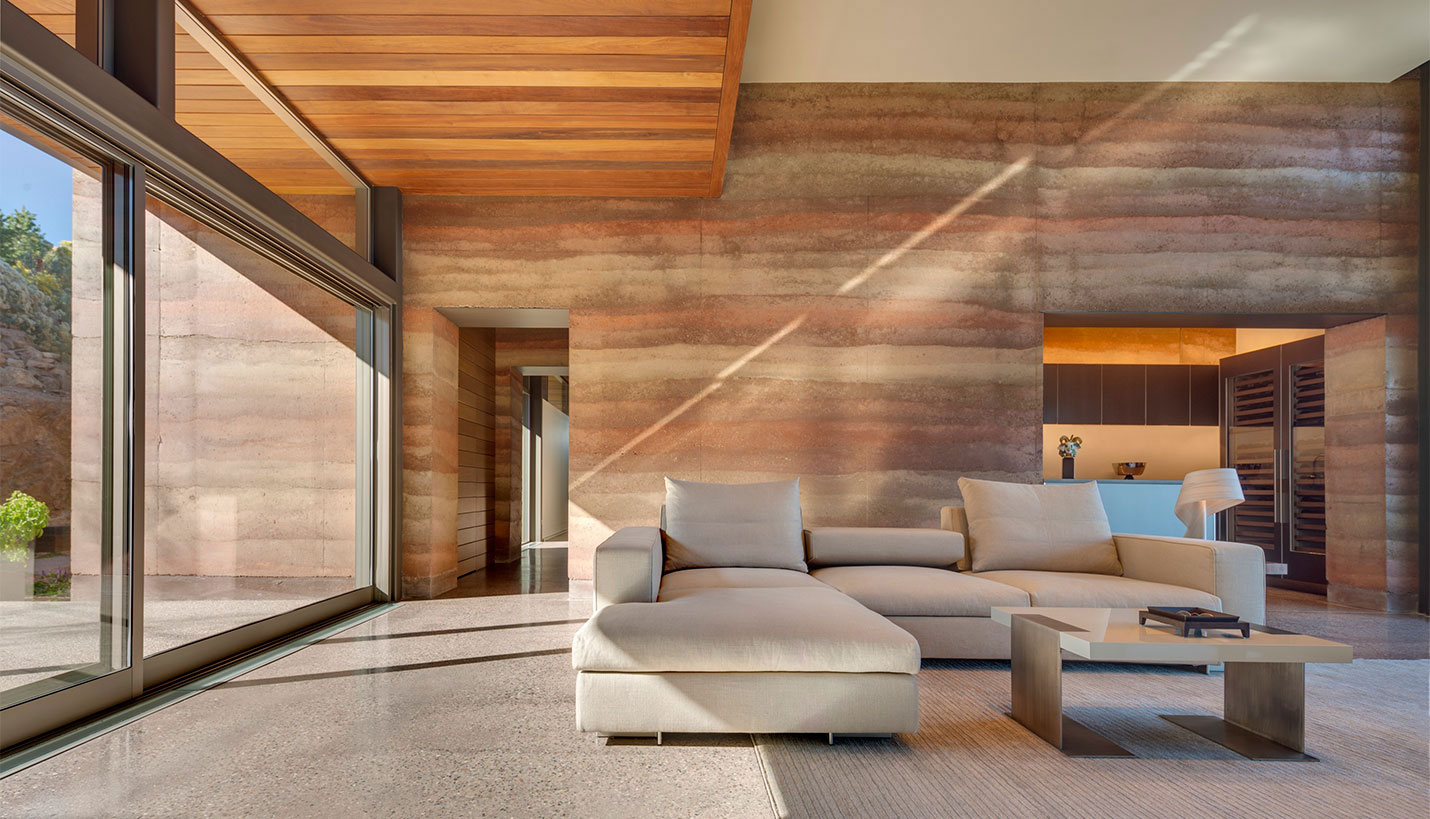 It’s June, and we’re pleased to announce the winner of the most recent JustChange grant: Bautechnik, to support their work as builders of rammed earth and cross-laminated timber structures.

Rammed earth is an ancient construction technique of compacting earth, described as the “ultimate in building with local materials”.  Bautechnik principal, Carl-Peter Reinecke explains that this technique also produces a building with a greatly reduced environmental impact during construction and use.  While not many may know of rammed earth in this region, there are rammed earth structures in Canada, notably (as you might imagine) on the west coast.

In terms of JustChange, we’re also excited that this is the first time we’ve had a grant to support an environmentally focused traditional business (as opposed to a social enterprise).  We think this is important, because as much as social enterprises have been making a major impact in the area, we recognize and support the fact that traditional business structures can and will continue to be a major part of the business mix.

Please come join us at Hooch Bourbon House on Thursday, June 11th from 5:30-7:30 pm as we celebrate Carl-Peter and Bautechnik on receiving the most recent grant. 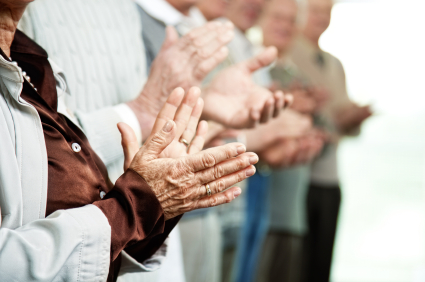 You’ve had a long day at work or school. You come home, sit down on the couch, and play some music with friends.

The simple act of tuning up and tuning out has been a practice to benefit mental well-being and social inclusion for thousands of years. And in today’s day and age, it is all the more important.

In comes Vivian Sollows, who is, as her name suggests, Vivacious. Her ability to inspire through music has her attempting such feats as setting the world record for largest organized singalong of Jingle Bells. Her initiative is Adaptive Music Expressions, which provides seniors with developmental delays the opportunity to partake in bi-weekly music circles.

With the $1000 JustChange grant, Vivian will be able to incorporate and buy new equipment for the classes. We are thrilled to have given her this boost and hope that this start will be the prelude to a beautiful harmony among the Ottawa community, no matter the disability, age, income or musical ability.

Are you coming? RSVP on Eventbrite 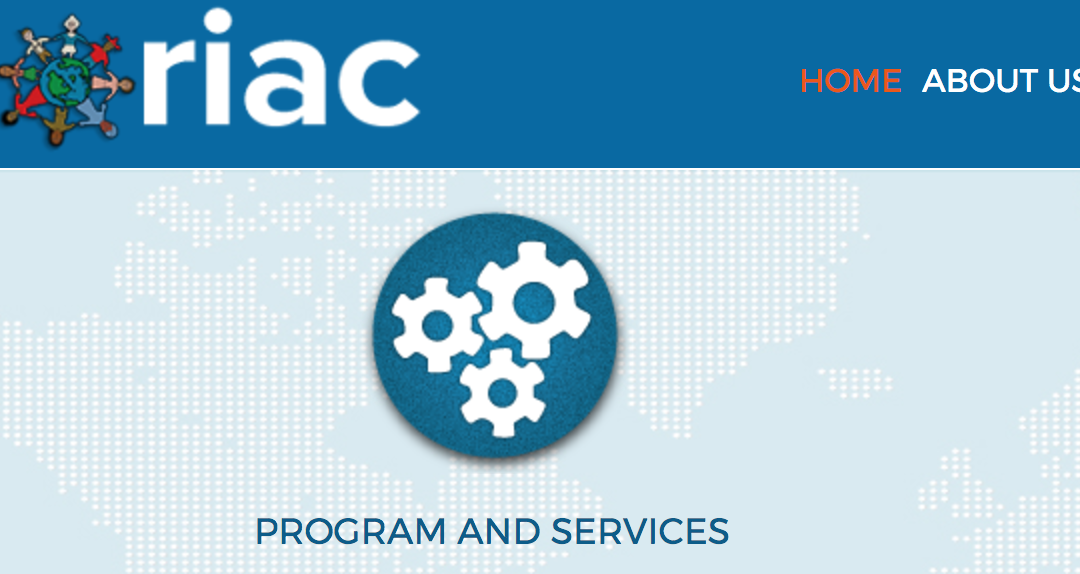 We are delighted to have announced our second JustChange St. John’s grant recipient – the Refugee and Immigrant Advisory Council (RIAC). RIAC is a non-profit organization that supports refugees, immigrants and other Canadians of diverse origins in making Newfoundland and Labrador their home, and raises awareness of refugee and immigrant issues.

Jose Rivera, the Executive Director of RIAC, cites Newfoundland and Labrador’s immigration retention rate, the lowest in Canada at 36% (compared to the national average of 82%), as evidence that there are not nearly enough resources available for newcomers who move to the province.

RIAC is doing amazing work to create positive impact for the immigrant and refugee community in Newfoundland and Labrador. Jose points out that the community RIAC serves, “enriches the province with their unique experience and diverse cultural backgrounds.”

The $1,000 grant will go towards supporting RIAC’s English as a Second Language program, which is entering its second year. It will help expand their course offerings, and increase overall participation.

If you are interested in taking part of their program either as a teacher volunteer or a program participant, visit their website.

This is just our second grant – the first having gone to startup cooperative CarShare NL in August. We are accepting applications for the third round starting right…now!

If you or your organization has a great idea, but lacks the start up funding to get it off the ground then apply for one of our bi-monthly grants. We’ll help successful applicants try to realize their vision with a grant (non-repayable!) and any in-kind support we can provide.